Mom was used to running the show, and had the starring role. She was also executive producer, so had a lot to say to contents of programming. She adored some of her family, often in a mentally unhealthy way. But if things didn’t go according to her plan, even tiny details, watch out. Visits within months of each other from two of her favorite people in the world had Mom getting exactly what she longed and prayed for. Never enough, she shot herself in the foot both times. Unable to stop herself from going so far over the top, it ended the relationship with one of them, and came very close with the other. She needed to be in charge at all times and would not relinquish any control, even for her favorite grandchildren.

Shannon’s fiasco happened first, winter of ’01 or 2. They were using Ari’s short school break to fly to Iowa and visit the grandparents. Ariana was about 10, Landon a baby or toddler.

Mom, needing to gain control over the trip before it even started, called Shannon to inform her that grandpa would pick them up in Sioux City. Shannon, concerned her 84 year old grandpa would be driving 60 miles in February argued, “grandma, I don’t want him driving that far in the winter. I’m renting a car at the airport.” “No,” Mom insisted, “I don’t want you to drive, grandpa’s coming to get you.” Shannon continued firmly, “I need my own car. I’ll have the car seat for Landon, and I want to go visit Aunt Elly.” 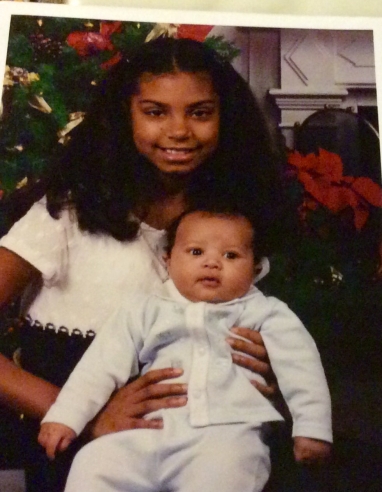 Ahh, there’s the rub. With her own set of wheels, Mom would lose control of the mini-vacation because Shannon could come and go as she pleased. That would not work for Mom. Honestly, with 2 kids in tow, the middle of an Iowa winter, Shannon wasn’t going to venture very far. She’d always been close to Elly, and wanted to take the kids to see her for an afternoon in Spencer. Mom was insanely jealous of how much all of our kids (and me) thought of John’s only sister. When grandma felt threatened, she could push back very hard in order to maintain control. Grandma pushed the envelope, stating, “Shannon, if you are coming to visit me, and not staying here the whole time, don’t bother coming at all,” and hung up. Shannon called me, sobbing, “what should I do?” I advised her to spend the extra bucks to change the tickets and fly to Davenport and visit her high school friend Angie. So Mom had won the battle, but shot herself in the foot over a car rental. But it really wasn’t the car rental. This was about Shannon pulling rank over her grandma in what was best for her and the kids. 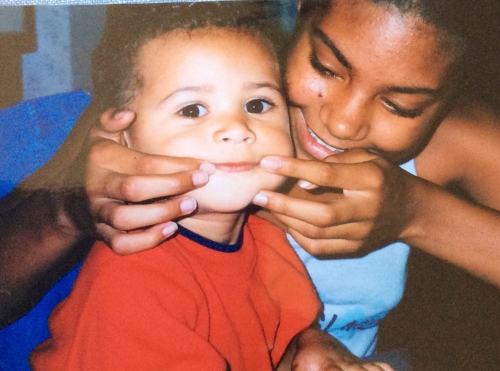 This was a whole new style of power struggle for Mom. She was used to having my kids visit, but they had never questioned her views or authority. Now they were adults who had lived without her domineering, manipulative behavior for 15 years in Michigan.

Joshua hadn’t seen my folks for a few years. He was in his mid-20’s, graduated from college, moved to Detroit and started his own business. (which is still doing great) He was dating a nice girl,

(but not the ONE, our fabulous daughter-in-law Erica, who was not yet in the picture). Josh and Colleen decided to drive to Iowa over Memorial weekend. They planned to camp at Lake Pahoja, a man-made lake/park close to Inwood, practically next door to my sister Mona’s farm, about 20 miles from Rock Valley. They drove all night, stopped at Mom and Dad’s so they could meet Colleen. Visited with them for several hours. Finally J and C left for the campground. Got their campsite, set up the tent, then proceeded to the farm to say hi to Mona and Ed. Soon Ed was showing Colleen around the farm, handing her newborn piglets. The weather was miserable, cold, rainy and windy. Ed suggested that J and C sleep in their camper instead. It was parked on the farm, complete with a heater and queen-sized bed. After 36 hours of no sleep, this offer was tempting. They accepted, got a good night’s rest. In the morning they showered in the house, and had breakfast with Ed and Mona.

They had told my folks they would be back in next morning, so started out for Rock Valley. Decided not to use hi-way 18, took the county back road, but Josh didn’t know which road to turn and head south and they ended up in Doon. They meandered their way back to Rock Valley. Pulled in the driveway and found the front door locked. Odd, since they were expected. Knocked, no response, knocked again. Grandpa answered, visibly upset, said he didn’t think they were coming back. Josh explained they had ended up in Doon, but were only a half hour late. Josh knew all the warning signs of a meltdown with them. Unfortunately all had already been tripped. But Josh (middle-kid-appeaser) tried to save the-precariously-sliding-towards-the-cliff-day. Too late. Grandma had learned they had slept at the De Witt’s instead of the campground, but even more importantly, their house. Scandalous. By not staying with their grandparents, the perception to Rock Valley folks would be that we weren’t one big happy Christian family. I surmise Mom got twitchy when Josh did not show up early or on time, and called the De Witt house to find out if they knew where Josh and Colleen were? There had always been enough built-up animosity between Mona and the folks, when compared to a deadly virus, would easily wipe out a third world country. I don’t think Mona intentionally threw Josh under the bus. Whoever answered the phone had probably stated, yes they had stayed in the camper, showered, eaten breakfast, and would be arriving in Rock Valley shortly.

Grandpa and grandma started in on Josh as though he were guilty of high treason. Accused him of lying, intentionally planning to stay with their aunt and uncle instead of them. Josh had the foresight to take actual pictures of their campsite, but it was all for naught. They told him he was going to hell, and they were cutting him out of their will. Josh insisted that Colleen go wait in the car. Then he finished severing the tenuous thread of what remained between him and his grandparents.

How can you treat family you claim to love like this? Josh drove 1,100 miles to see his grandparents, this is what happened in less than 24 hours. What do I say to these crazy people after they treat my adult children this way? This was so much harder than when they treated me badly. God they were hard to be around, let alone love.

I’d known quite young, soon after Larry died, that Mom had some serious mental issues. Once on the way to Sheldon, she told me that she was “sot” of living and was going to kill us both. This was after me “zhanicking” (begging and whining continuously for several days) for new shoes. We were in our ’63 Chevy on hi-way 18, heading east at about 100 miles per hour. I was 12. Never been so scared. Terrified of my Mom. I knew how fragile her mental state was, still, to me, it was Dad who kept dropping the ball. First, not getting the help she so desperately needed years earlier. Later, when Mom continuously got cranked-up with these bizarre, out in left field, crazy ideas. He should have calmly pointed out these were their beloved grandchildren. They should have been ecstatic that ANYONE still wanted and would come to visit them. But he bought into her crazy shit ideas, which doubled-up the looney bin.

Really, after these things happened I can’t believe I encouraged him to move here when Mom died. And I’d do it again. But I feel really bad for my kids. Unstable couple of nuts for grandparents who tended to go off the deep-end frequently. Still, for the most part though, we had loved them…

One thought on “Sabotage Expert…”