Rock Valley was a great little town to live in when I was a kid. Tucked in the northwest corner of Iowa, near the borders of South Dakota and Minnesota. In the 1950’s and ’60’s, Rock Valley boasted a population of maybe 2,500. Home to the world’s best soil for farming (still is). There were a couple of manufacturers that employed quite a few townies, Kooima’s and Roorda’s. I always lived in town and didn’t appreciate farmers, black dirt, crops or the beautiful landscape of Iowa until I moved away decades later. 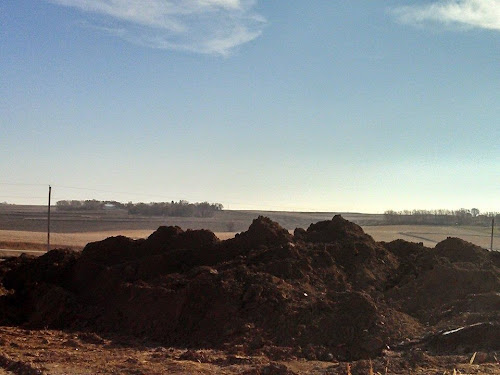 A mostly Dutch community, the vast majority regularly attending one of many churches every Sunday. That town could have been picked clean between the hours of 9 am and noon on any given Sunday. Most of the churches held 2 services, morning and evening. One, the Netherland’s Reformed had 3-a-days. The afternoon service was in Dutch, duh. It was a quiet, safe, somewhat isolated community. Because we were 45 miles from Sioux Falls, and 60 miles from Sioux City, our Main Street boasted businesses to fit most of our needs. Our only “stoplight.” The reason for my blog name.

Grocery, hardware, appliance, department, bakery, dime, men’s and women’s clothing, restaurants, bowling alley, even a movie theater when I was a kid. Movies though weren’t on the “approved entertainment list” in our house. Mom and Dad’s idea of entertainment was driving around town on hot summer nights, going slow enough just to stir up a breeze, talking about houses, or the people IN the houses. Boring, but usually I’d tag along, laying down in the backseat of the car, watching the trees and sky, singing made-up songs. Often they would stop “by” the theater, never parking too close, thus avoiding being mistaken for actually “being” at a movie. I was allowed to jump out of the moving car, (just kidding) run into the theater lobby and buy us treats, therefore making the boring ride bearable. Dad always got popcorn, Mom an ice cream sandwich, me usually candy.

Mom thought Dad was too strict on many child-rearing techniques, so often I was allowed to do things on the sly he had already deemed off limits. It was a kind of parenting tug-o-war I don’t think they ever talked about. One time this really backfired. There I was, thinking I had gotten away with this forbidden night out. I was in 5th grade during one of Iowa’s long 2 seasons of weather, winter. We were having a massive blizzard. Dad had come home for supper and had gone right back to work (overtime, yay) plowing the hi-ways. There would be no school the following day, guaranteed. I “zhanicked” (Dutch word for whined, pleaded, begged) to sneak to the movies, a mere block away. No way Dad was coming home for another couple hours, snow was already past my knees. Didn’t have a clue what was showing that night, didn’t care. I finally wore her down. Which was quite normal. Although Mom was super-attentive about most-things-Neese, this minor battle wasn’t worth squat. Besides I needed to get just a couple years older before the real battles began. My teens. Me rebellious, her over-protective and manipulative. Mom not wanting me to grow up even a little. She said go, practically shoved me out the door. Man, I should have stayed home that night.

There were about 10 people at the movie (who goes out on a night like this?) and the movie was–wait for it– Mr. Sardonicus. Set in the 1890’s, this was a story about an older man, his son and daughter-in-law. Dad buys a lottery ticket, dies. They have his funeral and he’s buried. The son then realizes the winning ticket is in the suit pocket of his recently departed dad. Yikes. Well, you knew it was gonna happen and someone had to do it. Daughter-in-law forces her husband, the son, to dig up the corpse. Horrors of horrors, Sonny sees his dad’s stretched, decaying skull in this gross smile/grimace. His features immediately go into that same frozen, gross face. Holy moly, I was 11. I begged a class-mate, Dave Suter, who was also there to walk me home. By now the snow was hip deep. And the walk home seemed much longer than a block. Then I had to fib to Mom, telling her the movie was great, or I’d never be allowed to sneak out to another one. Though I have been a movie buff my whole life, I don’t think I’ve seen another horror movie. At least not intentionally. Proud to be a kept-strunt (Dutch equivalent of a chicken-shit)…

2 thoughts on “Down in the Valley…”